Success thanks to a constructive error culture 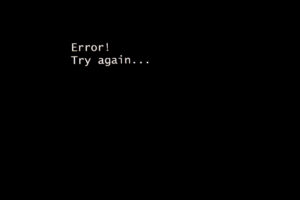 Making a mistake – no one likes to do that. Because no one wants to fail. Shame and maybe even a strong negative reaction from the boss are the consequences. But successful companies recognise an opportunity in mistakes – because they offer the chance to learn. And if you don’t dare to do anything (and thus also fail sometimes), you don’t win anything. Companies with a constructive error culture are more innovative, more agile and therefore more successful in the market.

I love the following story about the former head of IBM, Thomas Watson: After an employee had made a mistake and lost 600,000 dollars, he was asked to come into the boss’s office. “I know I made a serious mistake. You have to fire me,” he said. Watson replied: “Dismissed? Out of the question! I just invested 600,000 dollars in your further education.” So he didn’t want the competition to benefit from the learning the employee had done.

If you ask managers whether they live a culture of mistakes in their areas, they probably all say, “Yes, of course!” But in everyday life it often looks different. There are many employees who have had the experience that the boss reacts angrily to a mistake, perhaps even pillories them. A harsh rebuke, however, does not undo a mistake, but it can have lasting effects on the person concerned.

What does such a strong negative reaction from the superior trigger in the employee?

It is also interesting to note that organisations that operate in highly dangerous, life-and-death fields, such as the aviation industry or medicine, place a lot of emphasis on a constructive and institutionalised error culture. This is because of the conviction that sharing about mistakes that have happened and learning from them can prevent further mistakes (including deaths).

To err is human

Of course, there are mistakes that should not happen, e.g. ethical misconduct or legal violations. And the same mistakes should not be repeated. But everyone makes mistakes. As the saying goes, “to err is human.” What is decisive is how one deals with it when a mistake has happened, so that the same mistake does not happen again, but one learns from it. Because mistakes are the basis for progress, further development and innovation. Facebook founder Mark Zuckerberg even believes that not wanting to make mistakes is the biggest mistake you can make: “The biggest risk is not taking risks. In a world that’s changing incredibly fast, not taking risks is the only strategy guaranteed to fail.”

However, most people have bad experiences with mistakes at an early age. Many parents sanction their children’s mistakes, and at school mistakes are marked in red and lead to a bad grade. Therefore, children already want to do everything perfectly and please their parents and teachers – and therefore dare to do less. Many adults then have to “reprogram” themselves. In companies, it is therefore of great importance that a culture of mistakes is not only laid down in the mission statement, but is actively lived. A climate free of fear and punishment must prevail.

Tips for a constructive error culture

A positive error culture is not about approving of errors in principle, but about finding a constructive way to deal with them. How do you do that?

So the crucial thing is not that we don’t make mistakes. Because making mistakes is part of human nature. The US professor and educational consultant Laurence J. Peter aptly said: “You avoid mistakes by gaining experience. You gain experience by making mistakes.” What is much more important is what we do when we have made mistakes, to limit their damage and repeat future mistakes, and that mistakes are recognised as opportunities for development and innovation.